Almost 30 years ago, Ovumia Fertinova’s R&D Director and PGT specialist Peter Bredbacka invented a method for the sex determination of bovine embryos using a simple test. He now uses the expertise he has garnered over the years to help people suffering from infertility and those at risk of having a baby with a serious genetic disease.

When Peter Bredbacka performs a biopsy for embryo diagnostics, he works in a calm environment with a perfectly composed mind. His work requires 100 % focus. This is nothing new to Peter who has worked with the embryos of numerous different animal species during his career before coming to Ovumia in 2012.

Peter is responsible for the majority of the biopsies at the Tampere clinic. Embryo diagnostics were adopted at the clinic in the summer of 2015.

– This method is used more and more. Especially PGT-A (formerly known as PGS) has become widespread over the last few years and these days we perform it weekly. 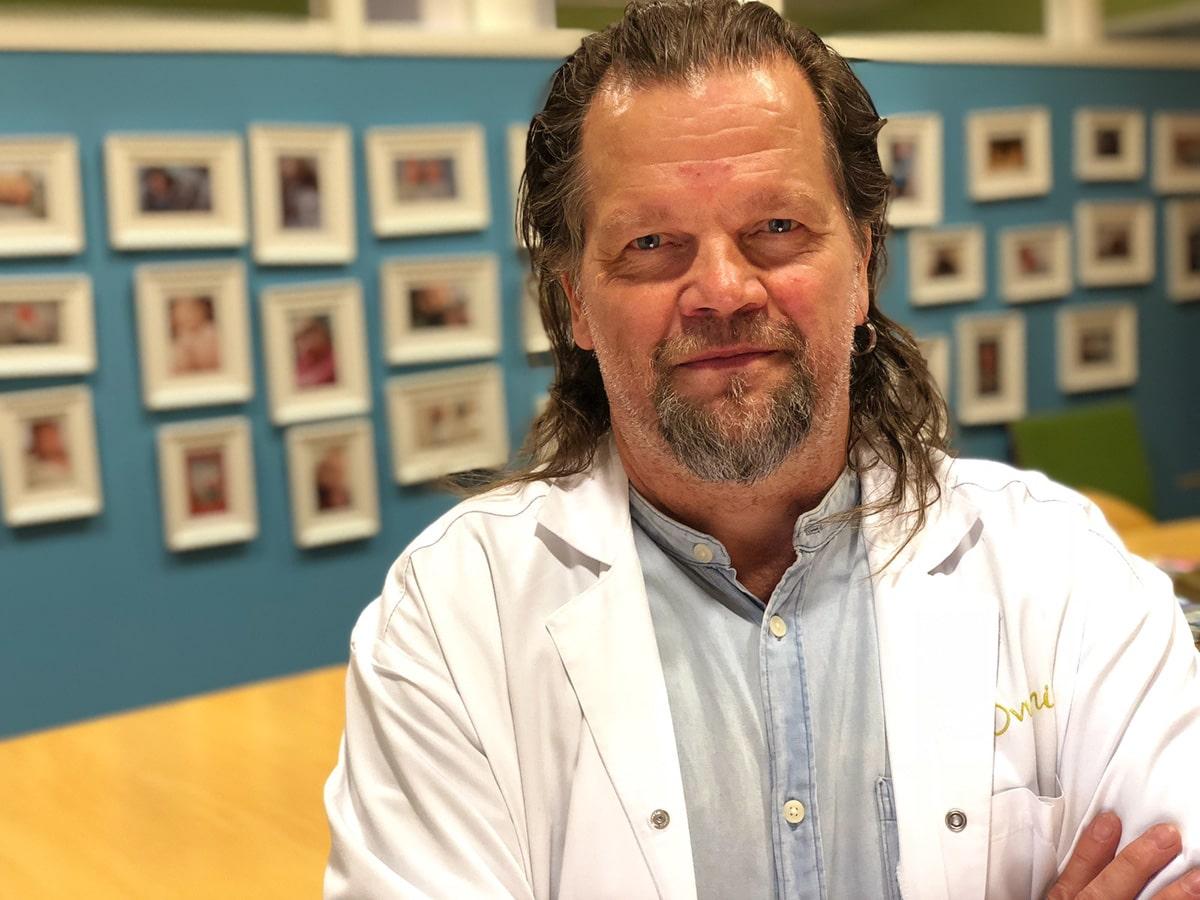 However, all this did not start with a snap of the fingers. Peter explains that a laboratory engaging in embryo diagnostics must be validated by genetic test laboratories, which is why it takes time and investment to set one up.

As well as the biopsies themselves, Peter is responsible for advising PGT customers throughout the process and for taking care of reports and practicalities. With PGT-M customers, for example, the first thing to find out is whether the mutation can be tested. Only in a very few cases testing cannot be done at all.

As Ovumia’s R&D Director, Peter continuously keeps tabs on what is going on in the field.

– Advances are being made in treatments at a breath-taking pace, which is why it’s important to stay abreast of the times. Part of my work is to consider how things could be done better and, at the same time, estimate together with the rest of the team how best to deploy new methods.

– Over the last few years, for example, we have studied the possibilities of using the DNA secreted by the embryo into the culture liquid in embryo diagnostics. If this method is successful, it may be possible to abandon the invasive cell biopsies in the future, Peter says.

The same as today, Peter was at the cutting edge of research already in the late 1980s when he was a senior researcher at the Natural Resources Institute Finland. At that time, Peter predicted that the new method which was gaining ground and has since become one of the most significant methods employed in molecular biology might possibly be used to determine the sex of a bovine embryo. This had long been one of the goals of Peter’s research team because more cows were needed for milk production. His prediction turned out to be accurate. In the end, Peter developed a simplified test based on a method known as PCR, and today this procedure has been used to determine the sex of tens of thousands of bovine embryos all over the world.

Over a period of more than thirty years, Peter has made an impressive career specialising in embryos and DNA. In addition to the Natural Resources Institute Finland, he has worked as the head of the DNA laboratory which he himself established for Kotieläinjalostuskeskus FABA (Centre for the Breeding of Domestic Animals) and as the R&D director of DNA services and products at Finnzymes Oy. Along the way, Peter has published some forty scientific papers.

Peter became interested in genetics and embryos very early on. As a young student, he had his first contact with embryos while studying the genetics of the fruit fly’s embryo development for his master’s thesis.

– I find it absolutely fascinating how one cell and its DNA can develop into a complex form of life. It’s been more than 30 years now and I’m still captivated by the idea.