A donated egg turned Susanna and Hans from Sweden into parents: “Thank you, Finland, for this… no. Saying ‘thank you’ is not enough. We simply don’t have the words.”

A donated egg turned Susanna and Hans from Sweden into parents: “Thank you, Finland, for this… no. Saying ‘thank you’ is not enough. We simply don’t have the words.”

Susanna was 36 years old when she met Hans, 31. The couple fell in love and began to dream about starting a family. Susanna got pregnant – several times. Time after time, their wish for a child of their own was crushed, as one pregnancy after another ended in miscarriage. The couple realised that they needed help but they came across an unexpected obstacle. 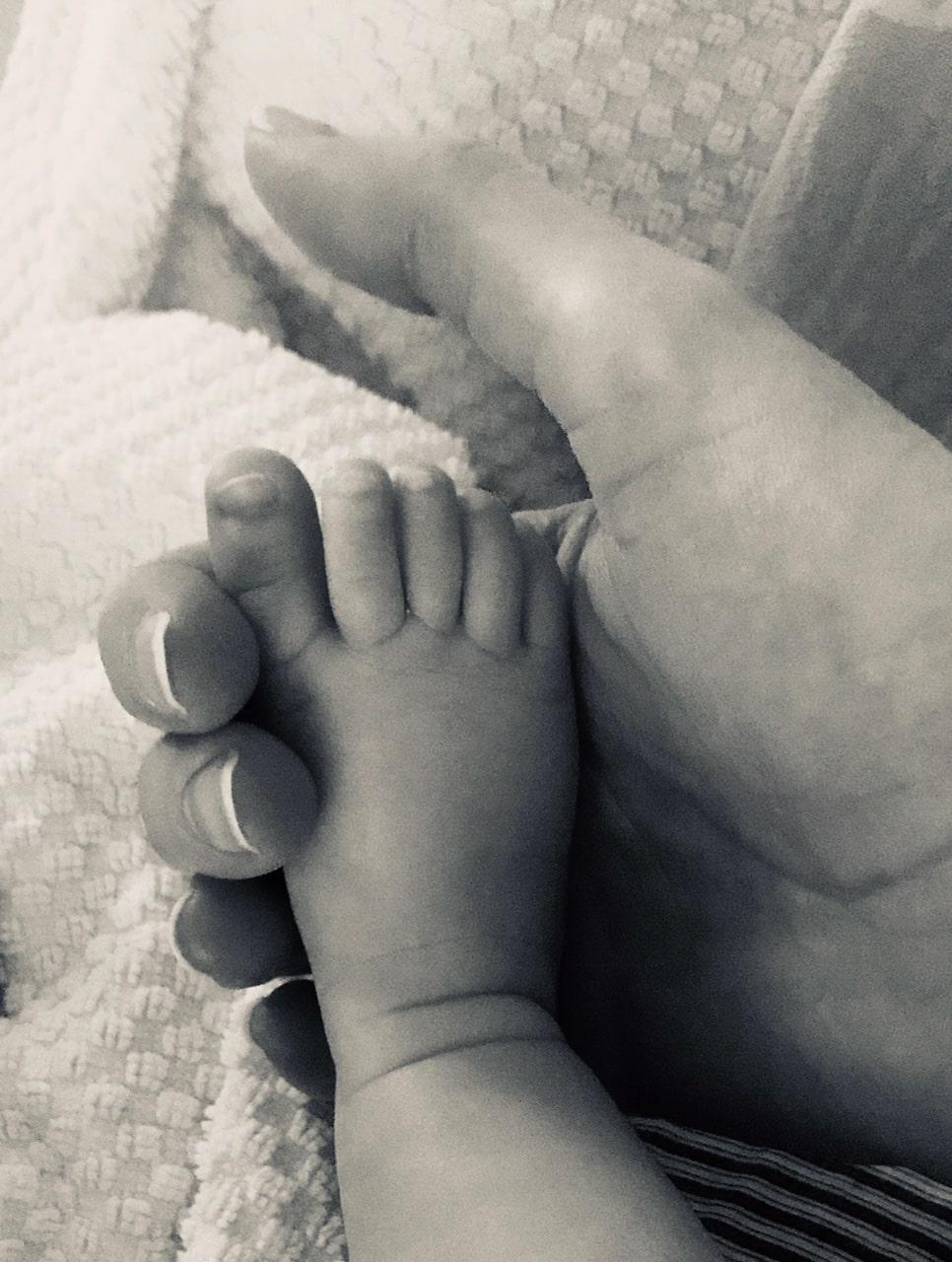 “Our doctor told us that I was too old to receive help with fertility in Sweden. It was a big shock because we hadn’t realised that age could be a problem,” Susanna explains.

The gynaecologist did have one piece of good news for Susanna and Hans, however, and that was that the couple could seek donor gamete treatments abroad.

“He recommended Finland because there was a lot of expertise in this field there and a lot of experience with treating slightly older women. It felt like a safe option for us and so Finland was the obvious choice. That was the first time we heard about Ovumia Fertinova too,” Susanna and Hans say.

“We googled the clinic and contacted Päivi Virta, the patient coordinator. She answered our questions so promptly that we knew we’d found the right place.”

After talking to Päivi, things proceeded quickly. In a discussion with their doctor at Ovumia, the couple learned that their prospects of having a child were extremely good.

“This was great news and made us very hopeful,” Susanna reminisces.

Before the donor gamete treatments were begun, Susanna and Hans visited a psychologist to discuss the special legal, psychological and ethical issues related to the treatments.

“Päivi gave us a list of psychologists in Sweden, which was very helpful, as we wouldn’t have known who to turn to,” says Susanna.

“We had processed a lot of things deeply beforehand, even before the meeting. For example, we had decided that we wanted to tell our future child about his or her origin. The psychologist said we were ready to begin the treatments.”

Susanna and Hans were able to take care of almost everything required for the treatments without leaving Sweden. They only needed to travel to Finland to give a semen sample and for the embryo transfer. It was a snowy day in January when the couple arrived together for the latter.

“We were very nervous but at the same time happy. The procedure itself was quick and easy. Later that night, we treated ourselves to a good meal and went to bed early. It had been an extremely emotional day.”

A couple of weeks after the embryo transfer, Susanna had a blood sample taken for a pregnancy test.

“My gynaecologist called about the results just as I got home from work. He started to talk about the weather and a thousand other subjects and I was sure he was preparing me for bad news. He finally told me that my hCG level was over 1,000. I asked, does that mean I’m pregnant? He said, as pregnant as anyone can be.”

Due to their numerous miscarriages before, Susanna and Hans tried to reign in their happiness. On week five, the couple believed their worst fear had come true: Susanna started bleeding heavily.

“We were sure it was a miscarriage and were deeply disappointed and sad. I emailed Päivi to tell her the bad news. But she replied quickly and told me that the bleeding didn’t necessary mean a miscarriage. She told me to continue my medication and to book an appointment with a doctor,” Susanna says.

“I had an ultrasound scan, which showed that our precious little treasure was safe after all! That was the day that we found the courage to really be happy. After the ultrasound scan on week 12, I thoroughly enjoyed my pregnancy every day.”

Nine months later, Susanna and Hans found themselves in an operating theatre, counting the long seconds after a C-section.

“When we heard our daughter’s first cry, we cried with happiness. It was an incredible moment when she was put on my chest and I saw how amazing she is,” Susanna gushes.

The topmost memory of the treatments for Susanna and Hans is feeling safe. They felt they were in capable hands and that they were well taken care of.

“Päivi answered all our questions really quickly and explained things clearly. The service we received was professional and friendly from start to finish, and we felt very welcome at the clinic. Everything worked well and smoothly in both Finland and Sweden,” Susanna and Hans state.

Arriving in Finland, the couple felt like they had come home. The journey by air from Sweden was quick and easy. In Tampere, the couple stayed at a comfortable hotel and came to the clinic by taxi.

“There was a slight element of suspense to our journey back. There was a snowstorm and we were worried our flight would be cancelled. Even more than that I was afraid that I’d run out of medicine. I panicked and contacted Päivi who got me a prescription just in case we needed to stay in Finland longer than planned. It was great that it worked out so well and so easily.”

The family is planning to visit Finland again in a few years.

“We originally planned to spend a week in Tampere when we came for the transfer, but we couldn’t get anyone to look after our little dog for that time. We fell in love with Finland and Tampere, and we definitely want to show our daughter where she came from when she’s a little older.”

Susanna and Hans describe their daughter as a delightful little angel.

“We’re just so happy that it all worked out and that Finland offered the treatment we needed,” says Susanna who is now 47.

“All our family and friends know our story and are happy for us too.”

In hindsight, Susanna and Hans realise how lucky they were to succeed with the treatment on their first try.

“We had a good prognosis and a good embryo. Our daughter spent her first few days in an embryoscope where she could develop in peace. We also received a video of it, which is absolutely lovely! She’s very, very young in it,” Susanna and Hans laugh.

The word uppermost on the couple’s list and radiating from everything they have said is gratitude.

“Thank you, Finland, for this… no. Saying ‘thank you’ is not enough. We simply don’t have the words.” 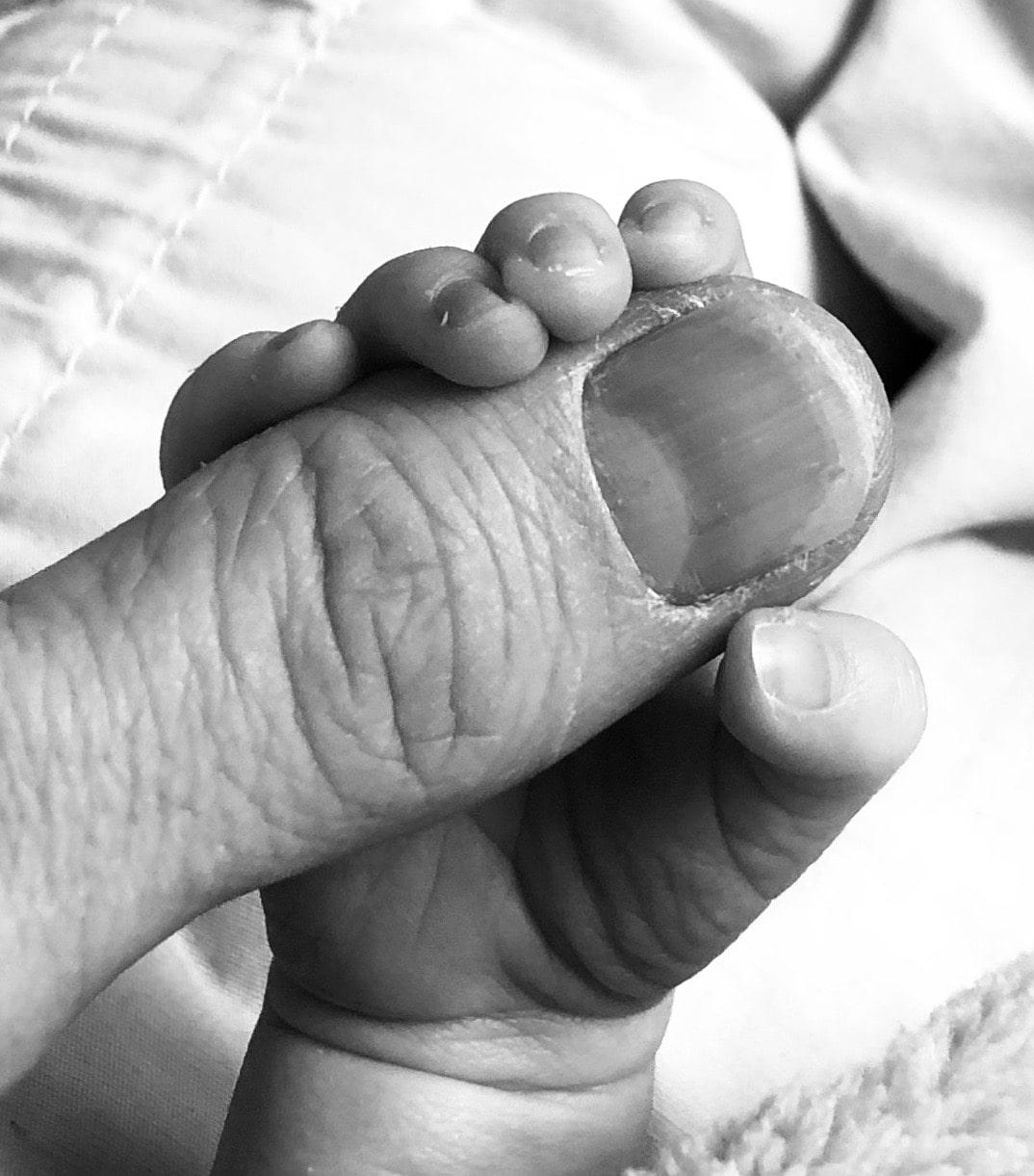